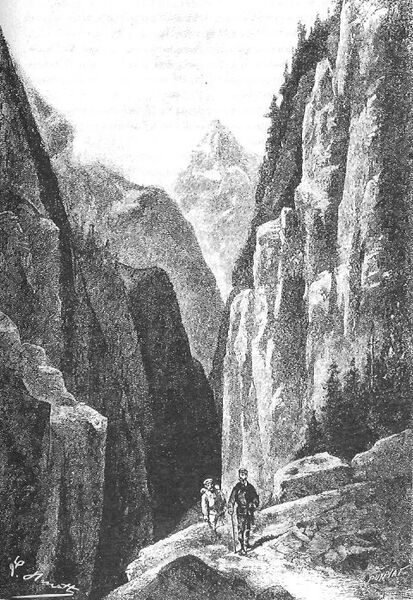 The Carpathians form a long-stretched mountain arc that historically separated different regions and states in Eastern and Central Europe. As a peripheral border region, distinctive by its multi-ethnic character, the Carpathians presented a challenging area both for the imperial Austria-Hungary and its interwar successor states. Already since the early 19th century, individual parts of the mountain range and its populations had been put onto mental maps of different, often competing agents, claiming the region part of their imagined national territories. The Carpathians thus rightly turned out to be a stimulating space to research East-Central-European nationalisms in the last decades. Our workshop aims at continuing these discussions, while opening new research questions and avenues for scientific collaboration.

We want to address two issues in particular:

Even though in the last years, the research on Carpathians went by and large transnational, there is still little discussion between scholars working on the history of the Galician/Polish-Ukrainian side and the Hungarian/Czechoslovak Carpathians. The first goal of the workshop hence is to start discussions between respective scholars and encourage more comparative, transnational and transregional research in the field.

Secondly, we are suggesting histories of knowledge production in the region as an approach which is suitable to inspire transdisciplinary discussions and as a convenient meeting point for scholars working on different subregions of the Carpathians. Science presents a quintessentially transnational endeavour, which was, nevertheless, marked also by political struggles and contest, esp. in border regions claimed by different states and/or nation movements. At the same time, the fields of science and knowledge-production open the way to connect / confront the issue of nationalism with that of governance and modernization and thus enrich the existing literature on the region.

In line with these considerations, we are welcoming contributions that would focus on knowledge-production in/about the Carpathians while addressing its political dimensions, esp. links to different nation- and state-building projects, resp. modernization projects/civilizing missions undertaken in the region. We are particularly interested in papers that consider transnational connections and/or attempt at cross-regional comparisons. The workshop also aims at interdisciplinary discussions. Scholars of all disciplinary backgrounds are kindly welcomed.

Abstract submission:
Submit a max. 300 words abstract and a short bio note by May 15 to both herza@eu.cas.cz and rohde@hiu.cas.cz. Notification about accepted papers by the end of May.